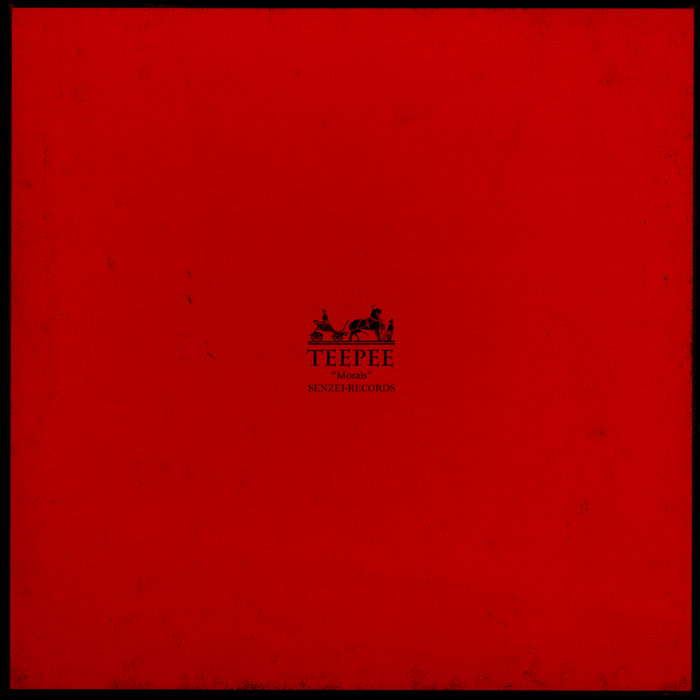 Morals is Senzei 03 and its release late in the year really fucks up our tentative “Best Of…” lists. The diversity we’ve come to appreciate from the Teepee live show is all over this brisk full length, but expert composition and sequencing keep the affair an overall cohesive statement. The crux of this record is the unity of analog and digital sources as streamed through one sonic vision. Strong guitar melodies are almost always paired with soaring synthetic drones and subtle/well-orchestrated digital details and accents. Every song lasts for the perfect amount of time.

“Subconcious” starts the record with an aural blast of color, a pleasant throbbing pulse that sounds like the sonic equivalent to seeing trails. It’s a really great opener, in part because it gets the listener acquainted with the thick, dripping reverb this album is completely soaked in. Dude can rock and dude can supply some sentimental melody, and all of it sounds like it's in a cavern in a tunnel in the glorious dark. But - and this is important - none of it sounds like shit. Every bit of echo and fuzz is deliberate and demonstrates a wide skill-set pertaining not only to songwriting but also home recording. This would always mean a lot but in the current wave of garage oversaturation it’s especially refreshing to see a break from formulaic lazy-fi rock n roll.

“Your Majesty” is a nice synth ballad wedged between a pair of drum machine driven rockers “Tecum Uman” and “I Told You So!” The latter is a devastatingly classic sounding number with a totally timeless (simultaneously dated in a “90s” indie-rock sort of way) riff that calls to mind television theme songs (Kids In The Hall and Pete + Pete are good reference points, but this is ultimately way hazier) that already sounded nostalgic the first time you heard them. And that’s before you even get to the bridge, which actually makes the guitar sound like it’s glowing. There are some strong acoustic numbers: The chords in “Phillipines” resonates with “Unplugged” Nirvana, until the fantastic finger-picked harmony kicks in alongside a chanted reverb-mantra and the whole thing starts to sound like om-bliss garage rock folk music. “Satisfied” is a more than pleasant strummer with some warm drones and heart next to the title on the back of the LP, alluding to the possible influence for such a nice tune. The closer, “It’s Not My Fault” is the album's most straightforward song: Teepee sits before you naked, playing an unprocessed acoustic guitar and singing for the only time on the entire record with no effects on his vocals.

“Morals” gets noisy too: “Yes You Khan Bismillah” overflows with dense jungle drones and building, pounding percussion. It’s the most ethereal track until you get to “No Man’s Land” which should fill your quota for ominous psychedelia. It’s definitely the darkest song on the record and calls to mind running around in the woods, sweating, the sound of your own thoughts producing an infinitely refracting echo.

We might have done Teepee a great disservice by opening this piece by calling him “lo-fi” because, like we mentioned earlier, this LP is crisp and clear, which makes all of the echo and fuzz that much more successful. The deliberateness, intentionality and sheer level of craft that went into the composition and production of this record is remarkable.
-Matt Preira