from Time Meant Nothing by TEEPEE 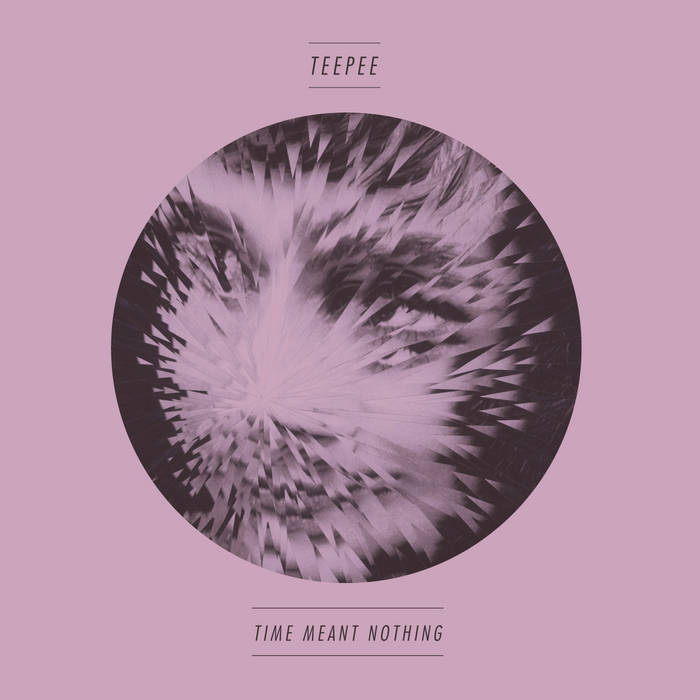 Teepee is the creative outlet for Miami musician Erix S. Laurent, who crafts fuzz-drenched walls of sound that blend the melodic acuity of highbrow pop with the progressive sensibilities of the avant-garde. His upcoming full length, Distant Love or: Time Never Meant Anything, And Never Will, is due later this year via the Revera Corporation.

Stitched in Miami's blind spot as a musician whose artistic vision is fiercely uncompromising, Teepee began experimenting with drone-based melodies in 2008. His first releases were lo-fi sonic excursions on HoZac Records and Jerkwave Tapes amongst others. Recorded material around this time showcased a harsh, raw sound that drew influence from minimalist lo-fi pioneers, electronic noise artists, and 80s innovators such as Sonic Youth, My Bloody Valentine and Cocteau Twins. Live shows were unpredictable and exceptional, sometimes featuring a rotating cast of local musicians.

Teepee recorded his first critically successful full length, Morals in 2009, and immediately toured the US. Soon afterward, Teepee assembled a full band and began crafting his latest album, Distant Love or: Time Never Meant Anything, And Never Will.

Distant Love sees a renewed direction for Teepee: it's a hi-fidelity, cathartic pop record, with propulsive melodies covered in fuzz and drenched in reverb, frequently indulging in bursts of white noise. Recent performances with his full band teem with urgency, dissonance, and frenetic energy without sacrificing the band's unaffected cool. Live, Distant Love takes on a raw, commanding life of its own.

The album's first single, Time Meant Nothing, is a meditation on time's ability to both heal and hurt, focusing on the relationship between an imaginary couple, one of whom aspires for more than the unrequited love of his partner. Time Meant Nothing is an anthemic introduction to Teepee's newest album; it's at once hopeful and bleak, powerful and gentle, always brutally honest.

The weaker, the weaker she feels,
the stronger he will deal
Her prayers, don't feel real,
the longer she'll take to heal